The Rothschild’s Giraffe, also known as the Ugandan Giraffe or Baringo giraffe, is one of the most interesting Big Game animals found on Uganda’s savannah plains. A truly unique species, giraffes are found only in sub-Saharan Africa and can reach unbelievable heights. The unmissable giants can get by on less than thirty minutes of sleep each day.

The world’s tallest animal (up to 5.5m) towers above any animal and most plants and is one of the most exciting spectacles on the plains. Its long neck gives it a slightly ungainly appearance when it ambles; giraffes look decidedly absurd when they adopt a semi-crouching position to drink.

At present more than 1,550 Rothchild’s giraffes occur in Uganda. It is rare elsewhere in its former range but very common in the northern part of Murchison Falls National Park, Kidepo Valley, Lake Mburo, and very recently (2019) translocated to Pian Upe Game Reserve.

The world’s tallest animal (up to 5.5m) lives in loosely structured mixed-sex herds, typically numbering between five and 15 animals. As herd members may be dispersed over an area of up to 1km, they are frequently seen singly or in smaller groups, though enormous aggregations are often seen in Uganda.

Rothschild’s Giraffe uses its height to its advantage and reaches leaves and buds in treetops that few other animals can reach. They have long tongues of up to a whopping 53 cm which helps them pluck tasty morsels from hard-to-reach branches. Giraffes travel long distances to find food, they eat most of the time, and like cows, they chew cud.

The giraffe’s height is also advantageous in helping it keep a sharp lookout for predators across the vast expanses of the African savanna.

The giraffe’s stature can be a disadvantage—it is difficult and dangerous for a giraffe to drink at a water hole. To do so, the giraffe must spread their legs and bend down in an awkward position, making them vulnerable to predators ferocious predators like lions. Since they get most of their water from the luscious plants they eat, giraffes only drink once in several days.

The young endure a rather rude welcome into the world because cows give birth while standing. Amazingly, the infants can stand within half an hour and run with their mothers an incredible ten hours after birth.

Rothschild’s Giraffe feed on leaves, flowers, seedpods, and fruits in areas where the savanna floor is salty or full of minerals. They eat soil as well, and they are ruminants and have a four-chambered stomach. Chewing cud while travelling helps to maximize their feeding opportunities.

These giants with giant features have long tongues, narrow muzzles, and flexible upper lips to help obtain leaves from the tall trees while browsing. They use many tree species for browse, including Acacia senegal, Mimosa pudica, Combretum micranthum, and Prunus armeniaca.

Their primary food is the leaves from Acacia trees. Giraffes browse by taking the branches in their mouths and pulling away the head to tear away the leaves. Acacia trees have thorns, but giraffe molars crush the thorns.

Male giraffes typically feed with their head and neck utterly outstretched to the shoots, and their fodder is from the underside of the high canopy.

Female giraffes feed at body and knee height, feeding on the crown of lower trees or shrubs, and are particularly selective when feeding. They choose foliage with the highest nutritional value.

Rothschild’s Giraffe is a social animal living in loose, open, unstable herds varying from 10 to 20 individuals, although researchers have observed herds of up to 70.

There is no significant rule for joining or leaving a herd; individual giraffes join and leave the herd at will. Herds can include all females, males, females with young calves, or mixed genders and ages.

Female giraffes are more outgoing than male giraffes. On a safari in Murchison Falls National Park, one can often observe isolated introverts.

The Rothschild’s Giraffe feeds and drinks during the morning, and evening, and rests at night while standing up but can occasionally lie down. When sleeping, the head lies on a hind leg, with the neck forming an impressive arch.

They remain in a fully upright position when resting lightly, with half-closed eyes and ears continuing to twitch. During the hot midday, giraffes usually chew their cud, which can occur during any part of the day.

The males march in step with one another with their necks horizontal and looking forward. They rub and intertwine their necks and heads, then lean against each other to evaluate their opponent’s strength.

“Necking” occurs when two giraffes stand alongside each other and swing their heads at the other giraffe. They aim their horns at their opponent’s rump, flanks, or neck. A hard enough blow can knock down or injure an opponent.

Rothschild’s Giraffe is a fast-moving mammal, reaching impressive speeds of up to 60 km/h. They can sprint for considerable distances.

They are non-territorial. Giraffe home ranges vary from 5 to 654 km2, depending on food and water availability.

Rothschild’s Giraffe is also a great host to troublesome ticks. Very often on Uganda safari, you see Oxpecker birds (Buphagus africanus) resting on the backs and necks of giraffes, removing the ticks from the giraffe skin. There is an impressive mutually beneficial relationship between giraffes and oxpecker birds.

Rothschild’s Giraffe is rarely heard and is usually considered a silent mammal.

Giraffes communicate with one another by infrasonic sound, though they sometimes vocalize to one another by grunts or whistle-like cries. Some other communication sounds for giraffes are moaning, snoring, hissing, and flutelike sounds.

When alarmed, giraffe grunts or snort to warn neighbouring giraffes of the danger, mother giraffes can whistle to their young calves and search for their lost young by making bellowing calls. The calves return their mother’s calls by bleating or mewing.

While courting an oestrous cow, male giraffes may cough raucously.

Rothschild’s Giraffe vision relies mainly on their height, allowing giraffes continual visual contact while at great distances from their herd. The acute eyesight of giraffes can spot predators at a distance to prepare to defend themselves by kicking. Individuals within a herd may scatter widely across the grassland searching for good food or drink and only cluster together at good food trees or if threatened.

Share
1
The Writer, Herbert Baguma, is a Travel Writer & Marketer with an off-the-charts enthusiasm for culture and the natural world. Like nature, he prefers visuals, smell, taste, touch, and text rather than speech. In fact, you would find it rather challenging to get him to speak. 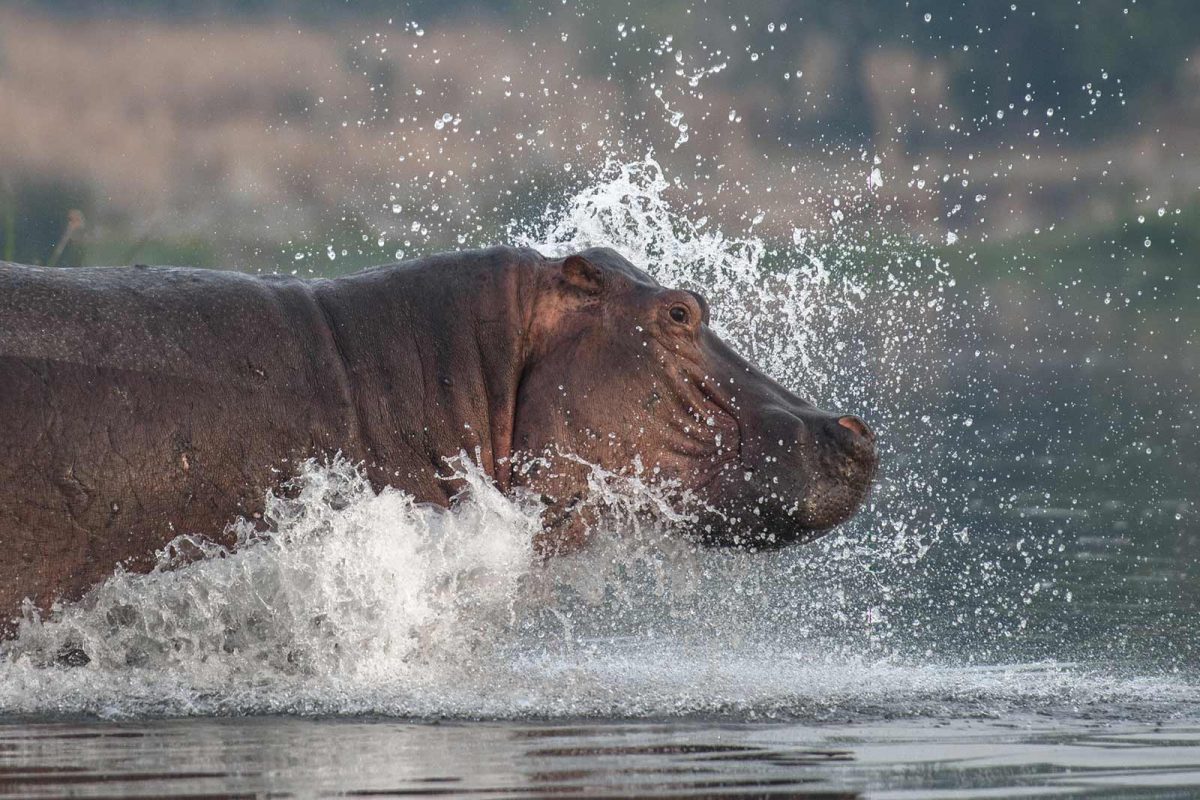